Man strives to escape reality. In The Wild Duck, Henrik Ibsen depicts this doomed struggle in the conflict between Gregers Werle and the Ekdal family. Gregers epitomizes the idealistic and naïve man who passionately believes that a truthful and perfect life is possible.  He attempts to help the Ekdal family, but only manages to ruin Hialmar and Gina Ekdal’s marriage and cause their fourteen-year-old daughter, Hedvig, to commit suicide. In Objectivist philosophy, the supremacy of the individual and absolute truth are most important, because these enable man to think rationally and create progress. Ibsen demonstrates that the failure to become an independent individual and embrace reality as it exists separate from man leads to suffering and the stagnation of human life. Encapsulated in the symbol of the wild duck, this theme manifests itself in the characters of Hialmar Ekdal and Gregers Werle.
The wild duck represents man’s dependence on a false reality and the illusion of his freedom. The wounded duck that the Ekdals care for has “lived in [their garret] so long now that she [had] forgotten her natural wild life” (Ibsen 101), symbolizing the acceptance of a fake reality. To survive, the wounded duck continues this mirage, and “never…[got] a glimpse of the sky and the sea” (101); the forgotten and true world would have killed the duck, because she is no longer self-sustaining. The duck reflects the actions of man faced with hardship, for often times the scars of the past that leave illusion as the only crutch. As an alternative to living a false reality, a wild duck may also try to escape reality altogether. Rather than face their wounds, “[the ducks] shoot to the bottom [of the lake]… bite themselves fast… and they never come up again” (101).  Wild ducks succumb to distress, mirroring the human’s choice to drown in sorrow or commit suicide. The ability to discard a counterfeit reality and live with the truth is a purely human trait. Failure to do so brings one down to the level of animals and renders true happiness impossible.
Hialmar Ekdal is the human manifestation of the wild duck. He possesses neither independence of his mind and body nor the ability to see the truth. Exhibiting his own dearth of creativity, Hialmar’s talent consists of “declaiming other peoples verses, and other people’s thoughts”(139); Hialmar simply lacks an individual mind. Furthermore, though he boasts about his invention, Hialmar claims that people “mustn’t ask for details yet. It takes time, you see” (113). Truly, Hialmar’s independent mind is like his invention – non-existent. He even underlines the lack of control over his mind by espousing the idea that “an invention … depends largely on inspiration – on intuition – and it is almost impossible to predict when the inspiration will come” (144).  Like an animal, Hialmar depends on stimulus by other humans to move his life forward. Beyond simply staying alive, Hialmar’s mind is void of that human spark of independence and progress.
Hialmar’s physical dependence on others reveals itself in his profession, financial status, and family life. As a photographer of people, he merely captures what is already there, not creating anything new. Due to a past incident, the Ekdal’s meager income is also supplemented by money from the Werle family (124). It was Werle who urged Hialmar into photography and gave him enough money to marry and start a business (79). Not only does Hialmar lack mental capabilities, but also the financial means to progress in life. In the household, Gina, not Hialmar, takes care of the family business. Gina organizes advertisements, does much of the photography and retouching, cleans the house, and cooks the food (94, 105, 106). She has “always been a bit more practical and wide-awake than [Hialmar]” (125). Thus, Hialmar lives a parasitic life, contributing to his household merely vacuous statements, imaginations of an invention, and only a bit of real work now and then.
The mists of Hialmar’s inadequacy distance him from reality.  Hialmar does not realize that he adds no more to the family than the wild duck. Like his photography job, Hialmar retouches his life; he erases all the blemishes, sustaining the illusion that he is intelligent, the breadwinner of the family, and beloved by all (126, 92). But Hialmar even goes further to escape reality. As accepting reality consists of accepting the work and responsibility of the real world, Hialmar shuns his photographic work as much as possible (105).  He chooses to work with his father in the garret to make a new home for the wild duck, symbolizing his belief in lies over reality. 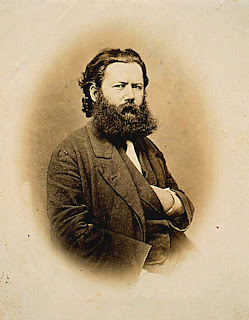 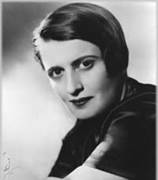 Posted by Andrea Kittelson at 10:10 AM